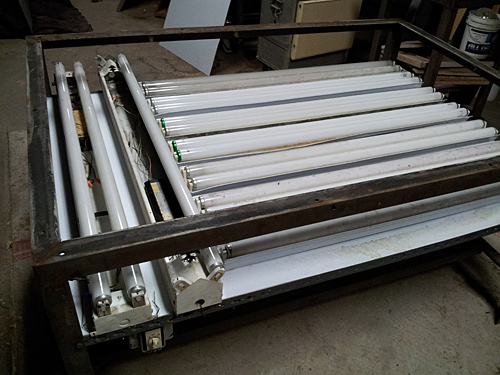 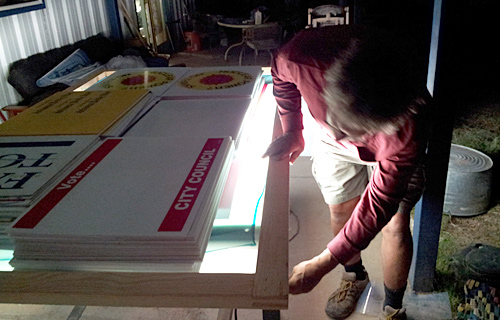 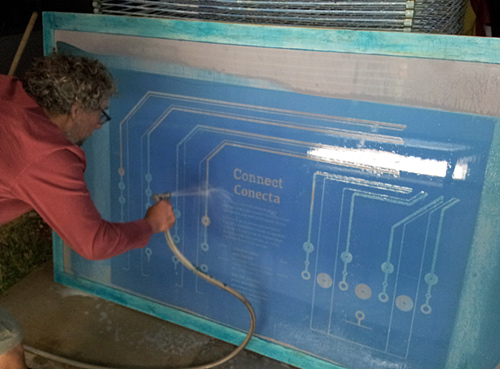 Washing out the screen 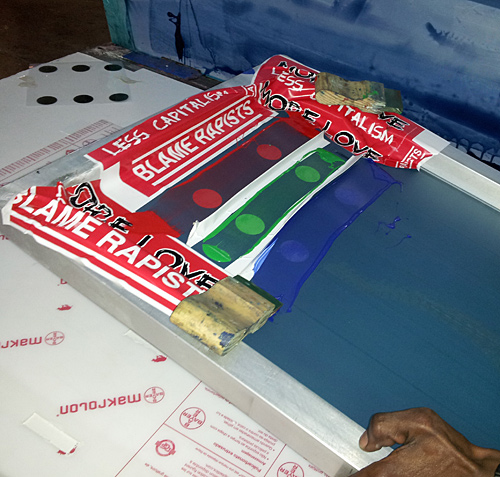 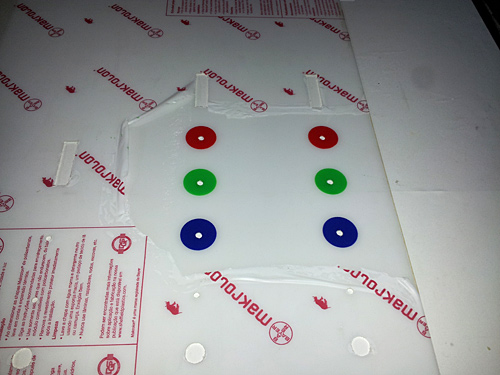 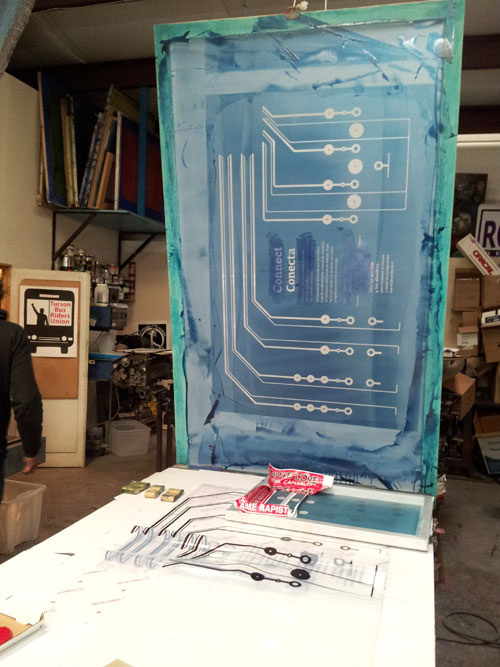 Print with all colors 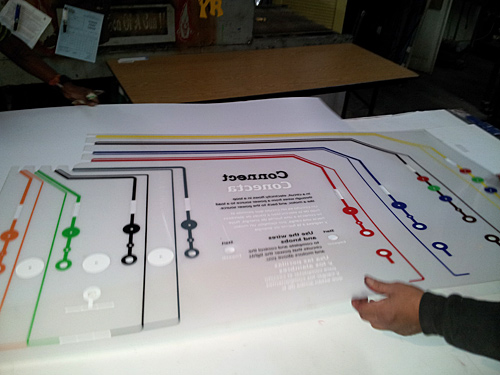 The Gloo Factory worked with filmmaker and longtime Earth First! activist Darryl Cherney to produce t-shirts, stickers and promotional flyers for his new film Who Bombed Judi Bari? The film chronicles the unsolved case of the 1990 assassination attempt on northern California forest activist Judi Bari. The full-length film assembles a rich montage of archival footage from Earth First! actions and rallies from the early 1990’s. Narrated by an extensive court deposition made by Judi months before she passed away from cancer in 1997, the film follows the successful lawsuit against the FBI for improperly handling the case and serves as an inspiring reminder to persevere in pursuit of justice.

Who Bombed Judi Bari? is currently on a West Coast tour and had its premiere in Tucson this past weekend. To celebrate the film, the Gloo Factory hosted a post-screening party on Sunday night. Dozens gathered from the community, including a few members of the local band, Cadillac Mountain. Their folk picking was just the right sound to convince Darryl to get his guitar out and play a rare set of the jubilant songs that he famously used to play with Judi.

Visit www.whobombedjudibari.com to find out when the film is coming to your town and more information about this powerful chapter in the history of the environmental movement.