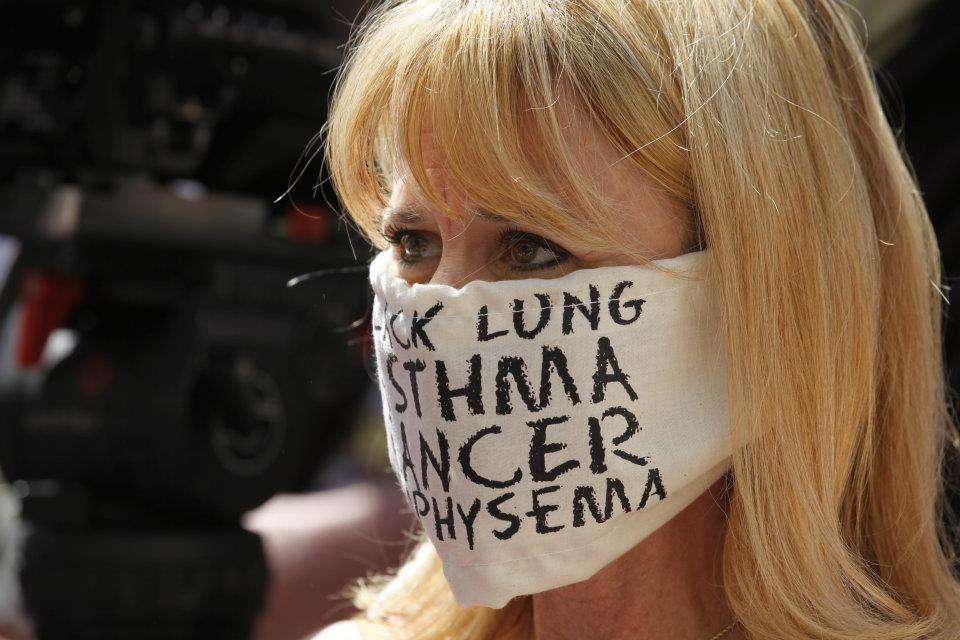 Yesterday, hundreds of Oregon and Washington residents gathered in downtown Portland
to protest proposals for the states to become coal export hubs. Oregon and
Washington could become the largest coal traffickers in North
America with 150 million tons of coal per year through the Pacific
Northwest, including sending coal trains through Portland neighborhoods everyday.
The rally included a wide range of speakers — a physician, a grandmother suffering
from asthma and cancer as a result of coal trains passing her house, an activist
from China where most of the coal would be exported, and Robert Kennedy, Jr. The
Gloo Factory teamed up with organizers to create an effective visual image for the
rally. Check out more photos of the series of screenprinted air masks that adorned
hundreds of the protesters and caught the eye of media outlets.